The Cherokee Metropolitan District (CMD) Total Dissolved Solids (TDS) Reduction project’s preconstruction phase began in October 2019. This $42.3 million progressive design-build project consisted of additions and modifications to the existing Regional Water Reclamation Facility (WRF) including new structures and associated process equipment to reduce the TDS levels downstream of the plant to less than 300 milligrams/liter (mg/l) to meet public health requirements. The project also consisted of improvements to the existing plant structures which included repairing cracks in the concrete walls of an aeration basin and installing new process equipment. During a structural inspection of existing conditions in August 2020, the design engineer noted that the basin was leaking its contents into the surrounding dirt which was leaking back into the basin once it had been drained. With construction beginning in February 2021, the owner, Cherokee Metropolitan District, was in search of a timely, permanent solution to fix the cracks without having to redo the repairs once completed.

Warren Environmental, manufacturer of 100% solids, high build epoxy coatings, and A&W Coatings (A&W), master applicator of Warren’s epoxy system, brought a repair solution that the owner had not yet considered. With a strong background in rehabilitation work, A&W could apply Warren’s epoxy system to repair the cracks and eliminate exfiltration altogether. Due to the sensitivity of the equipment downstream, the owner was concerned about the product delaminating from the substrate and potentially causing damage to other areas of the plant.

To provide the owner and project team with a better understanding of the product, A&W first performed sample crack repair and adhesion testing for the owner. As the owner found the pull strength results to be impressive, it was determined that Warren’s epoxy coatings would be the best value solution to solve the crack issue. Applying epoxy coatings would be the quickest and most effective way to repair them and prevent further exfiltration challenges. For this reason, the team moved forward with Warren’s epoxy system for the coatings scope of work. The A&W crew was scheduled to perform their work in June 2021, contracted to repair 850 linear feet (LF) of existing cracks in an existing aeration basin at Cherokee’s Regional WRF.

To rehabilitate the cracks in the concrete walls of the aeration basin, A&W routed each of the cracks with an angle grinder, cut keyways on either side to terminate the edges of the epoxy, and prepared the surface by water blasting at 5,000 pounds per square inch (psi). Once the keyways were cut and surface preparation was complete, A&W troweled an approximately four-inch-wide patch of Warren Environmental’s 301-14 epoxy mastic into the cracks. The epoxy mastic, Warren’s thickest viscosity, repaired the cracks present on three perimeter walls total.

Adherence to the general contractor’s schedule was critical for the project’s success. During the coatings scope of work, the aeration basins were awaiting the installation of aeration piping on the floor. A&W had to work quickly to get the vertical cracks repaired while the basins were offline. This required scissor lifts which would have been impossible to operate if the process piping was installed. A&W’s scope was completed in just four days.

The project was a success because A&W was able to complete it locally and quickly to meet the schedule. Their proximity to the area allowed them ease of access to the site. A&W’s previous experience with rehabilitation work including similar crack repair also helped aid the process. Warren’s products offered a permanent solution to a commonly recurring problem in water and wastewater treatment plants by stopping any exfiltration from occurring through these cracks. Warren’s commitment to quality and excellent communication with the general contractor and owner mitigated any issues quickly and left the project with a feeling of confidence.

Roughly ten months after the coating installation, the general contractor discovered hairline cracks in the rigid epoxy previously applied. The cracks found within the existing tank were consistent with settling and geological movement. Although the project’s design and original coating recommendations did not take the settling movement into account, A&W mobilized to the site to make things right and fix the problem. At A&W’s own cost and within short notice of being made aware of these issues, the crew successfully used a grinder to open the hairline cracks and applied Warren Environmental’s 301-DF Duraflex epoxy. The Duraflex product would offer the cracks a high level of flexibility and impact resistance from further movement to ensure there would be no future leaking or cracking. 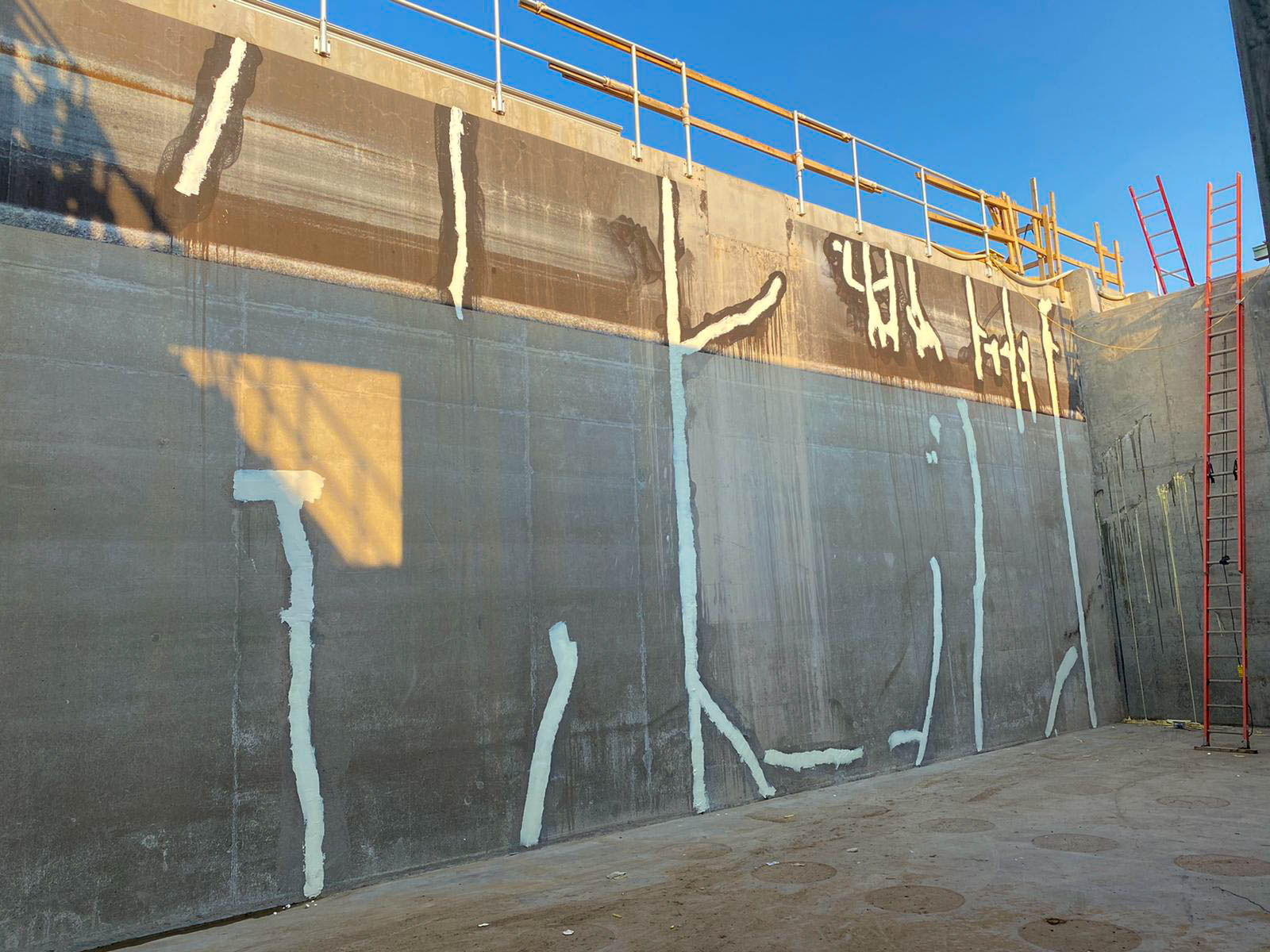 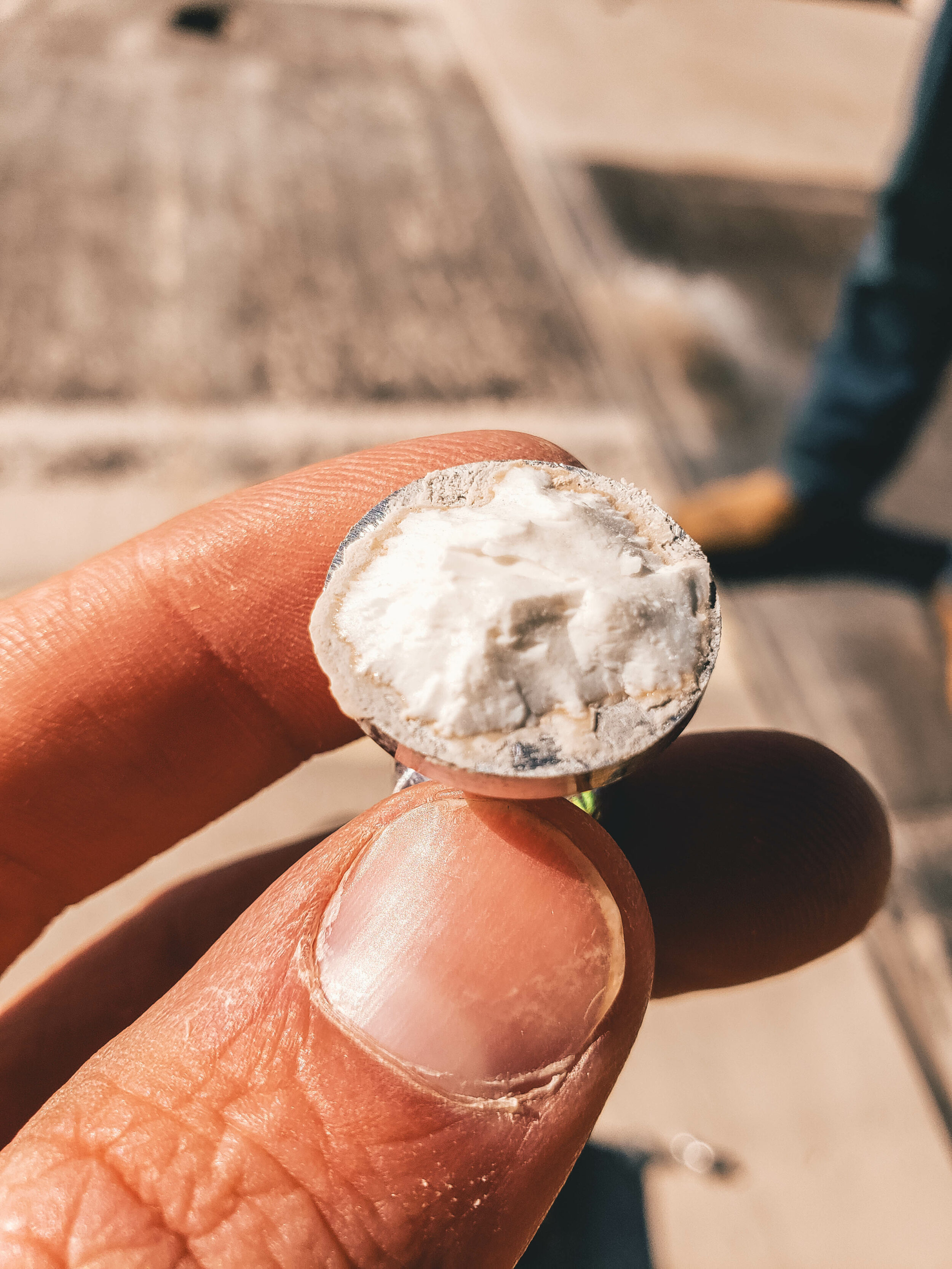 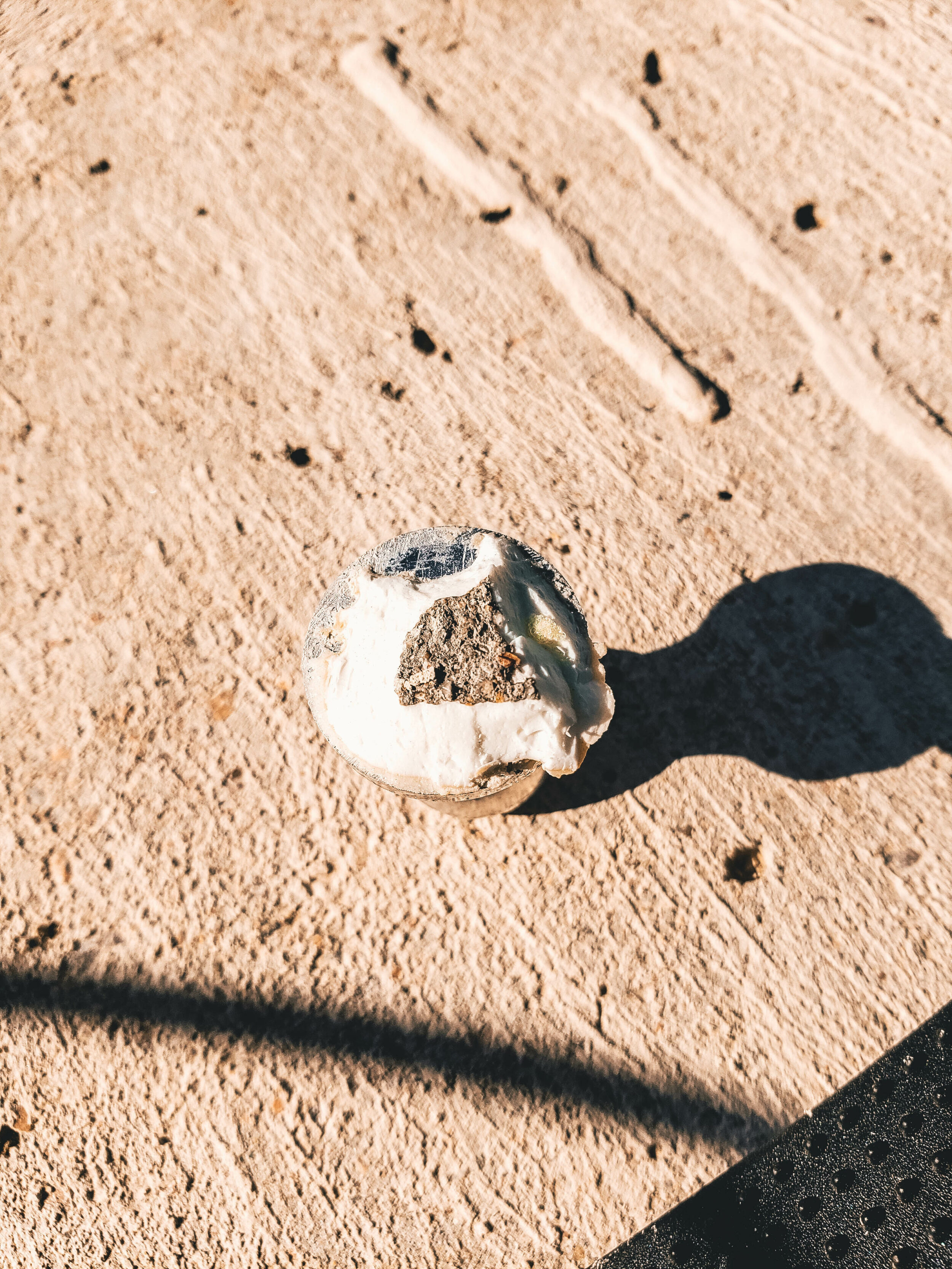 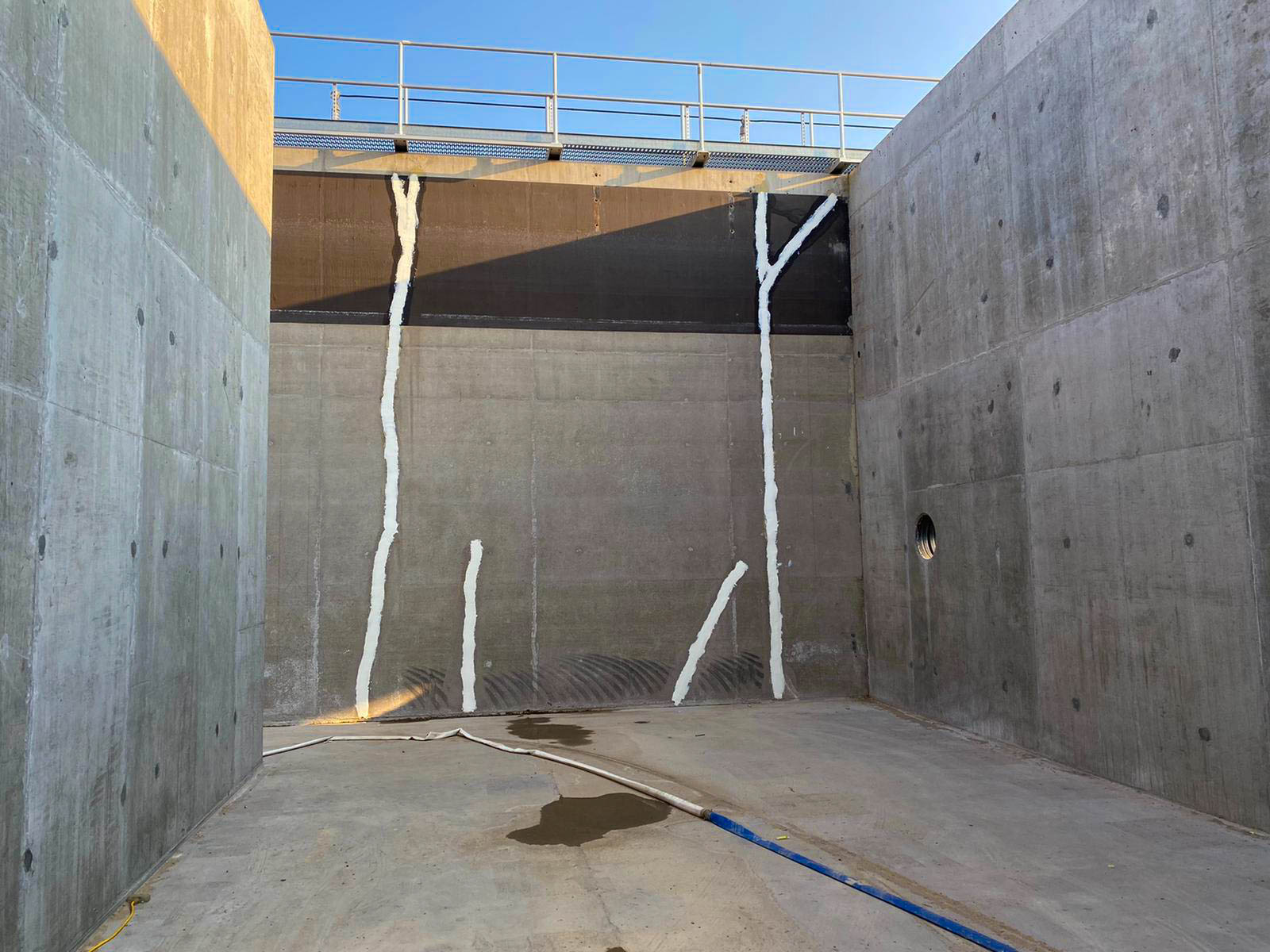 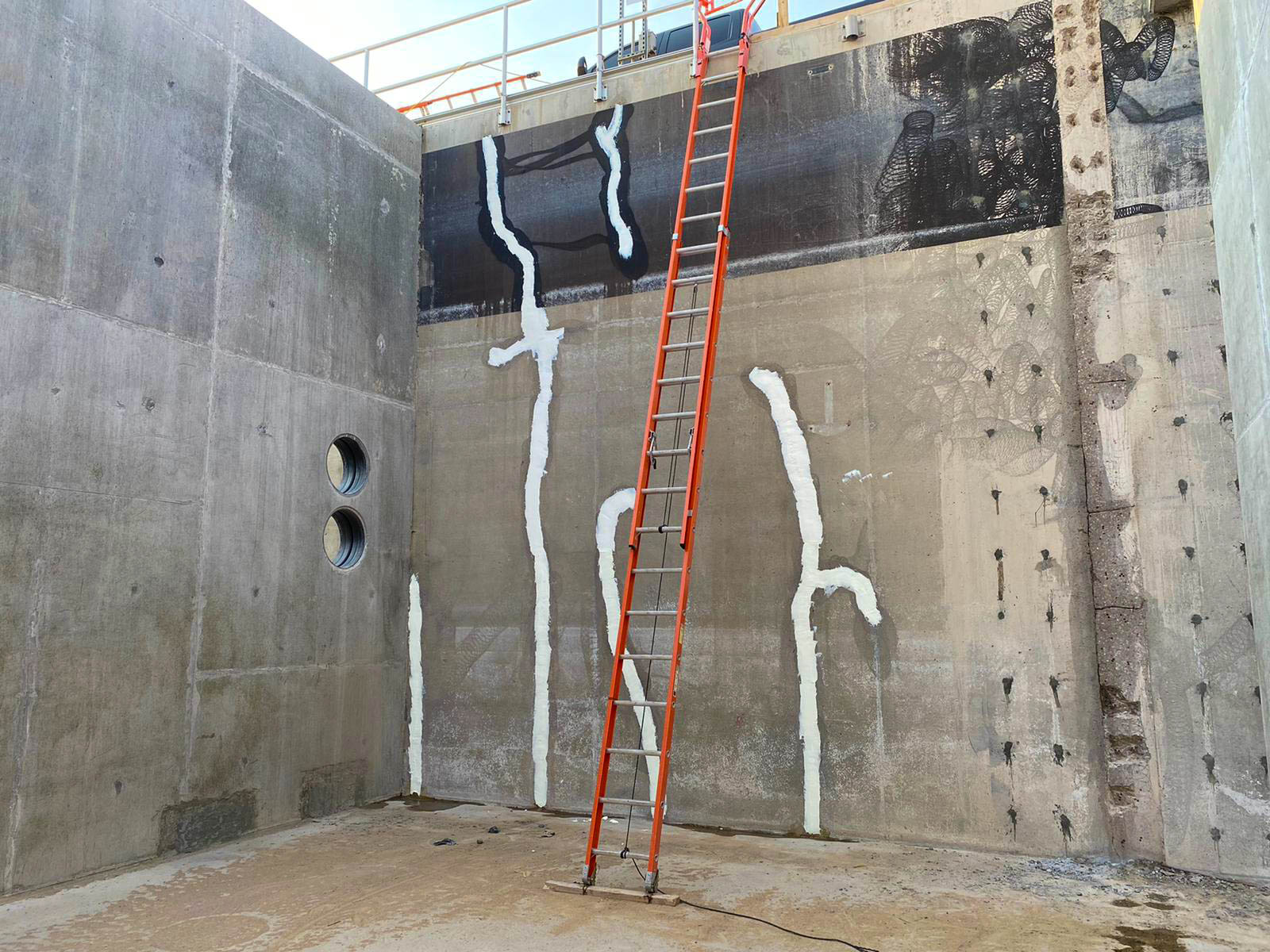