Warren Environmental rights the wrong of a failed competitor’s coating

In 2019, the Prince William County Service Authority (PWCSA) lined a new manhole where corrosion was a primary concern. Unfortunately, PWCSA selected a Warren competitor coating and leaks began shortly after. Two other coating companies attempted to stop the active leaks and reline the manhole without success. The pictures below show the existing lining peeling off in sheets with no adhesion to the concrete substrate.

In August 2020, Warren’s approved applicator, A&W Coatings, was selected to fix the failed liners. The manhole was sandblasted and then the crew stopped all active leaks with our 151-HG hydrophobic grout. During this phase, the bench lifted three to four inches due to groundwater pressure and released a small wave of water into the manhole. Due to a high-water table and infiltration, mitigating the leaks consumed 60% of the crew’s time. In total, the A&W team used 50 gallons of the grout before coating the area with 250 mils of our 301-14 high performance epoxy.

The lower section included a 54-inch FRP pipe coated with 250 mils of our 301-14 from the face of the pipe to 12-inches beyond the 12-inch pipe penetration and as low as possible. The project required one mobilization and four-night shifts with two-hour shutdowns the first weekend during low-flow periods.

The A&W Coatings crew’s expertise, coupled with our effective grout and high-performance epoxy coating, resolved PWCSA’s corrosion and infiltration issues. All while proving to PWCSA that epoxy coating systems can be effective in the most challenging sewer conditions. 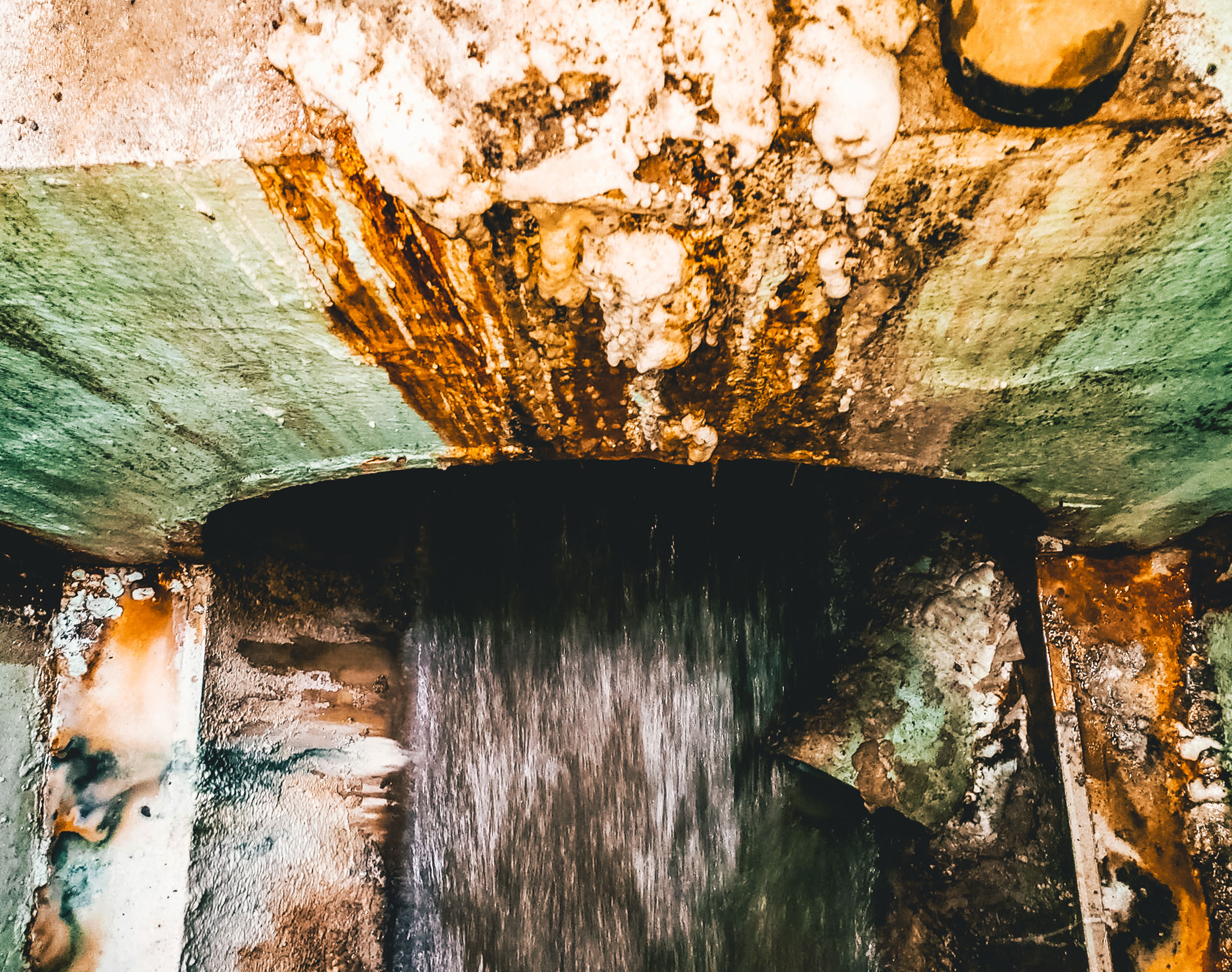 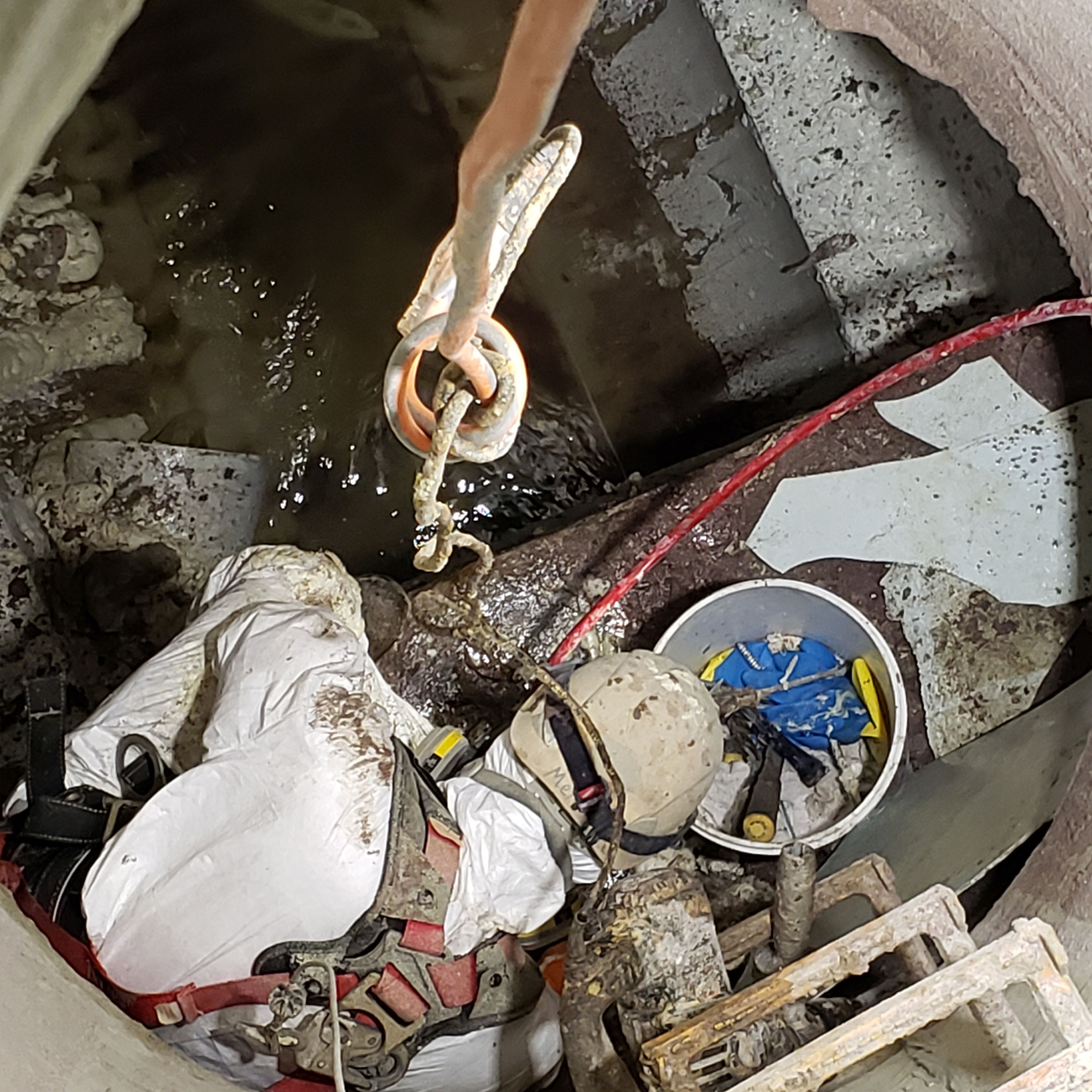 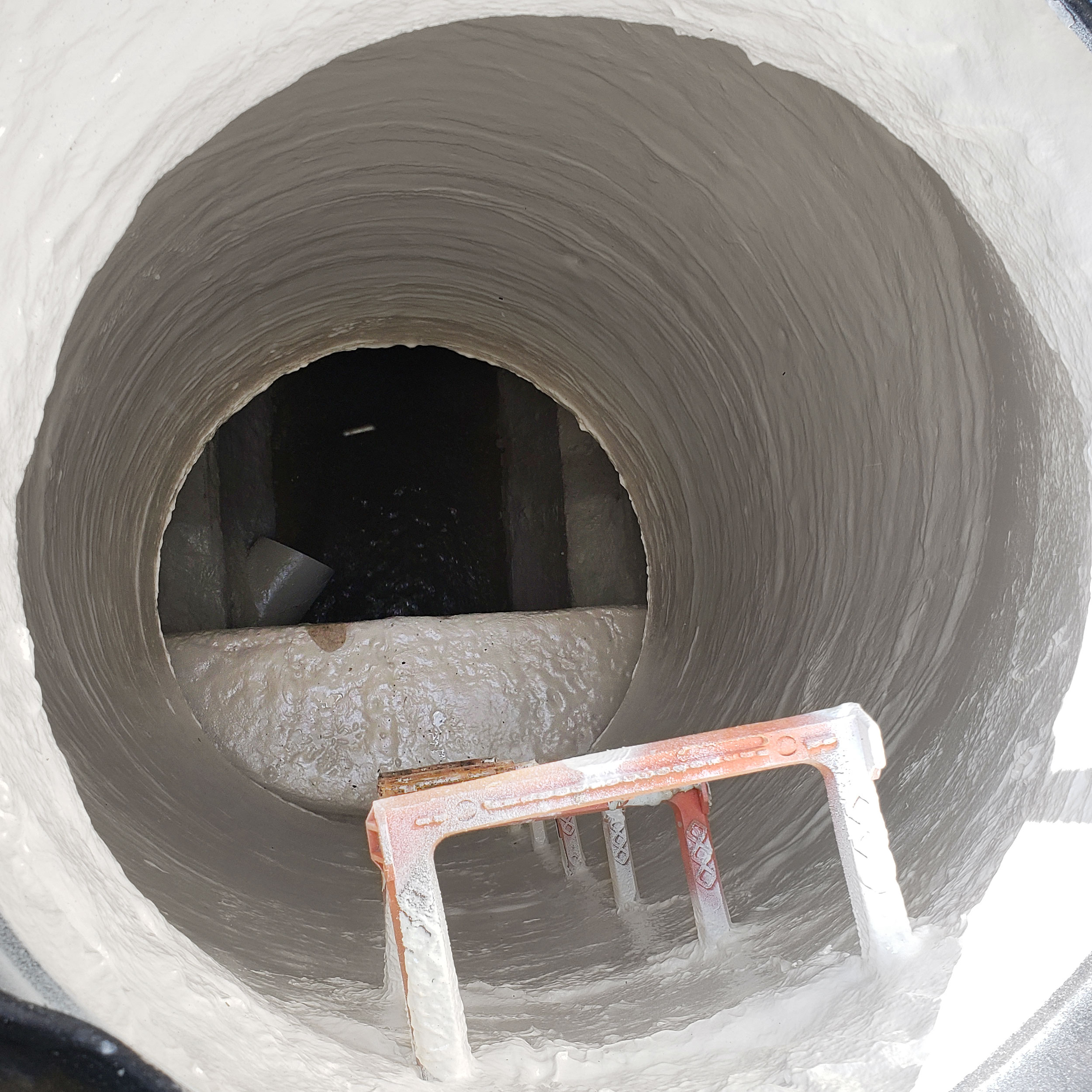 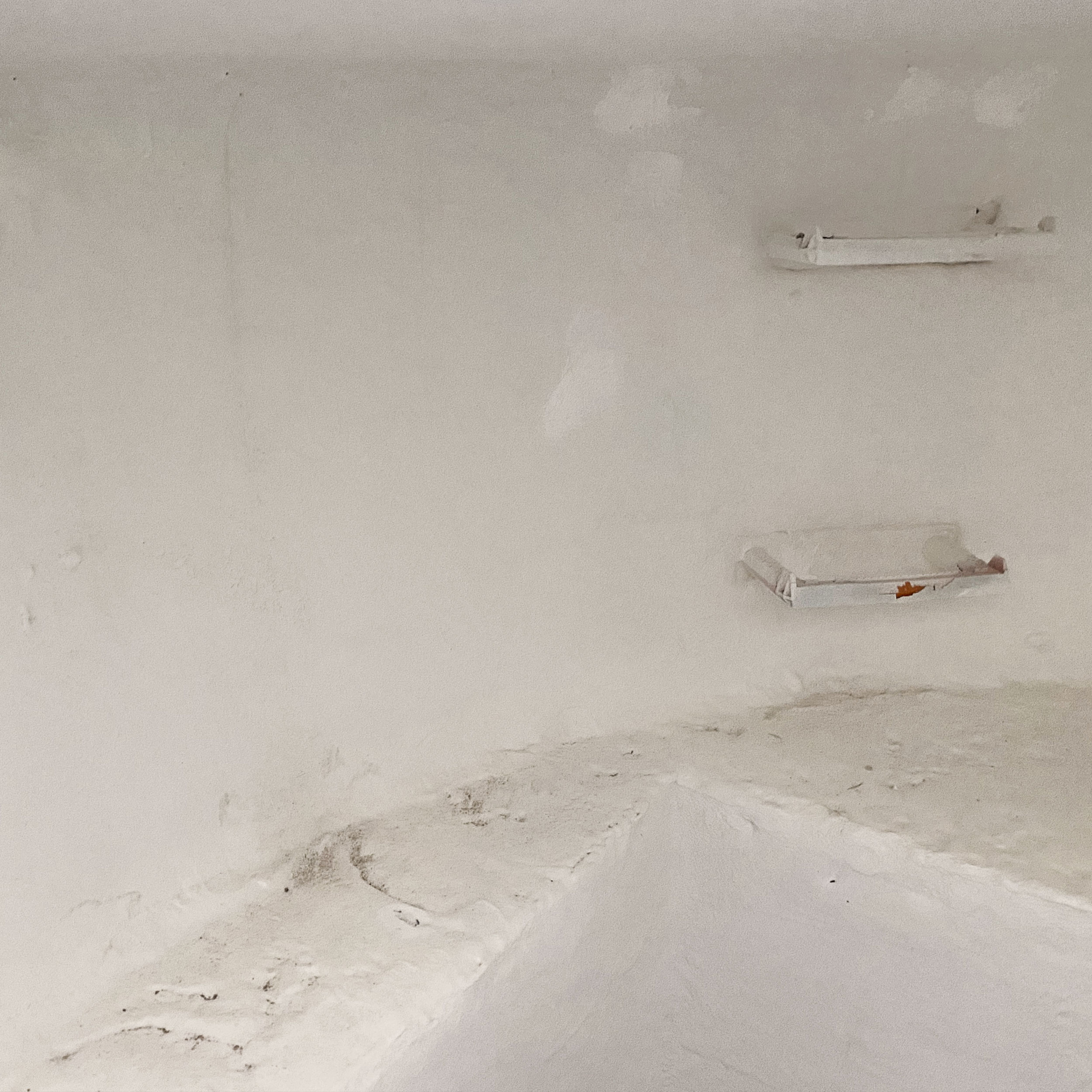 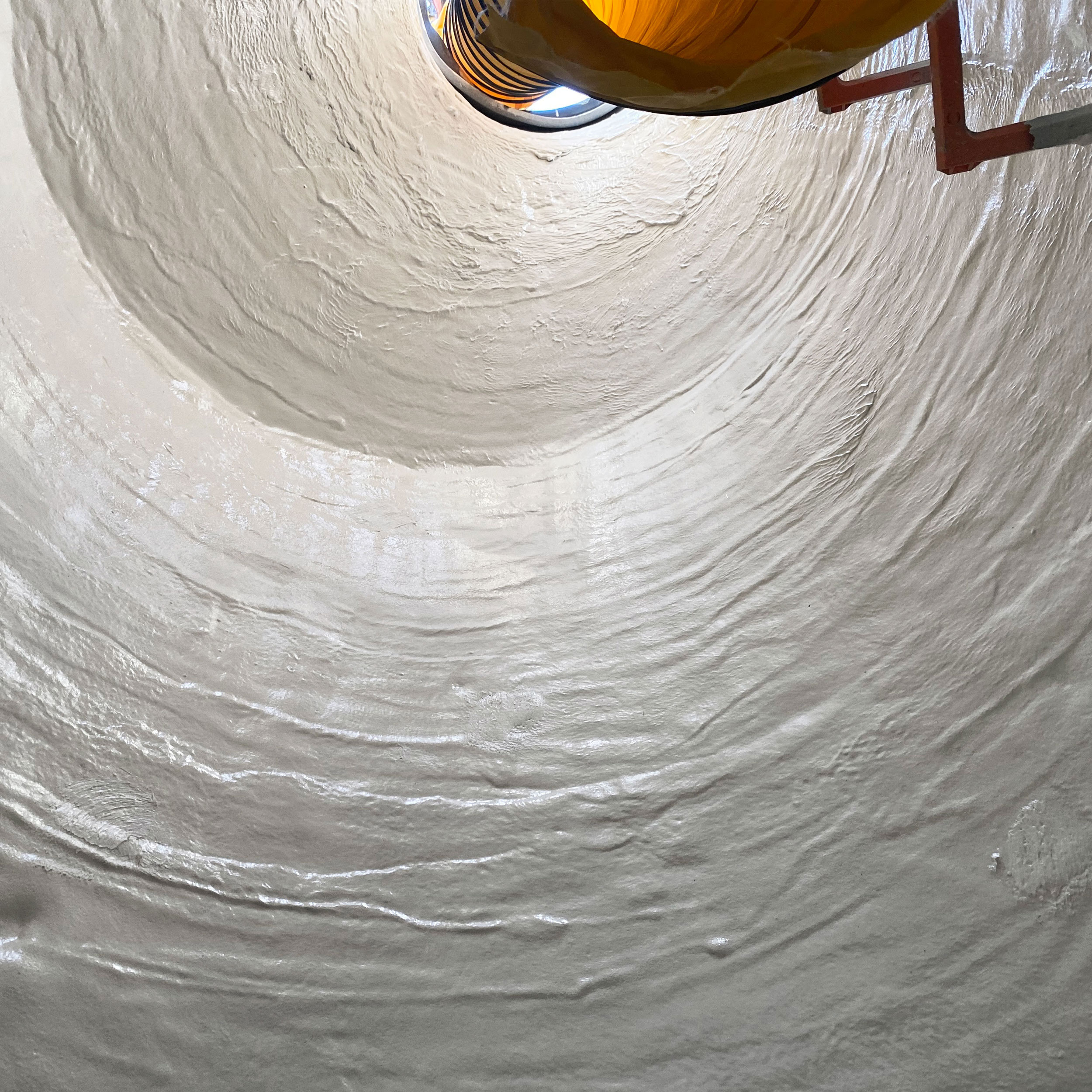