In 2019, a major contract was issued to invest in a national event center’s campus with new infrastructure and a substantial amount of utility work to update the facility for the future. The owner awarded the project to a general contractor and lead engineer team including multiple trade subcontractors to update the existing grounds with associated infrastructure and utility improvements with the construction of a new 2.2 million square feet campus.

SCOPE OF WORK
The utility improvements portion of the project included associated pipelines and new precast concrete manholes to support the relocation of an interceptor inlet structure. The third-tier subcontractor, a water/wastewater contractor, was selected to complete the sewer replacement based on qualifications. They selected a trusted coatings contractor with a proven product that had been historically listed in the owner’s specification to perform the coatings scope of work—A&W Coatings (A&W), master applicator of Warren Environmental’s 100% solids, high build epoxy system.

A&W’s scope included lining five 72-inch manholes, three 120-inch manholes, and one 16-foot by 13.6-foot by 12.15-foot siphon structure, along with an emergency change order to repair the crown of a 66-inch siphon. A&W first performed surface preparation to achieve the required surface profile and followed by lining the assets with 125 mils of Warren’s 301-14 epoxy. Coating the new manholes with Warren’s epoxy would protect the wastewater structures from future corrosion and extend their service life. A&W’s scope was successfully completed on time, key to maintaining the overall schedule.

COORDINATION AND LOGISTICAL CHALLENGES
The site presented its fair share of logistical challenges. Located in the city’s highly trafficked industrial sector and cornered between a major highway and a river, site access was limited. All trades, site visitors, and material deliveries passed through two entry points each day.

The highly congested site was constantly evolving—with eight different trades and at least half a dozen contractors working simultaneously at any given time, coordinating scopes of work was essential to keep the parent project on schedule.

PROBLEM-SOLVING EMERGENCY WORK WITH TIMELY SOLUTIONS
While working on the manholes, A&W received a phone call from the owner soliciting their services to perform emergency work on the same site. Having delivered successful projects in their wastewater facilities in the past, the owner was confident in A&W’s work with Warren’s product, making them the first call when a problem arose. With just three days’ notice, the owner issued an emergency change order for A&W to repair a severely deteriorated siphon pipe crown at risk of failure. Due to prior schedule obligations, the section of the 66-inch siphon pipe needed to be made available to A&W no later than the morning of April 23, 2021. To maintain the three-day critical schedule, A&W completed the repairs in two night shifts.

A&W provided the labor, materials, and equipment required to repair a 40-linear foot by 16-inch wide by five-inch-deep section of the concrete crown in the existing 66-inch siphon running under the river. The crew performed surface preparation on the pipe to remove the degraded concrete via water blast, including clearing the heavy solids found in the bottom of the pipe.

A&W repaired the pipe by applying approximately three inches of Warren’s 301-14 epoxy mastic with aggregate to the 40-linear foot section of the crown. As Warren’s thickest viscosity product, the 301-14 epoxy mastic provided structural enhancement to the pipe crown. The pipe was top-coated with 250 mils of 301-14 epoxy from the spring line upward, or at approximately nine and three o’clock. By repairing the structure with variations of the same epoxy system, each application was compatible. This created a monolithic interior surface that made the structure stronger while preventing further corrosion or groundwater infiltration.

PROJECT SUCCESSES
The siphon crown emergency repairs were completed successfully due to A&W’s high-quality application and the epoxy’s performance. An added bonus of the epoxy was its moisture tolerance. This was critical to the project’s timeliness because Warren’s epoxy could be effectively applied to the surface where moisture and standing water in the bottom of the pipe were still present—a characteristic that is not true with all coatings solutions.

Timely coordination with the owner, engineer, and subcontractors on-site, plus the ease of application of Warren’s epoxy system allowed A&W to successfully complete the original scope of work and the unplanned emergency siphon crown repair. Key relationships and the crew’s preparedness to problem solve ensured a successful project turnout. As a result, the owner’s new and rehabilitated sewer assets will be protected from corrosives for years to come. 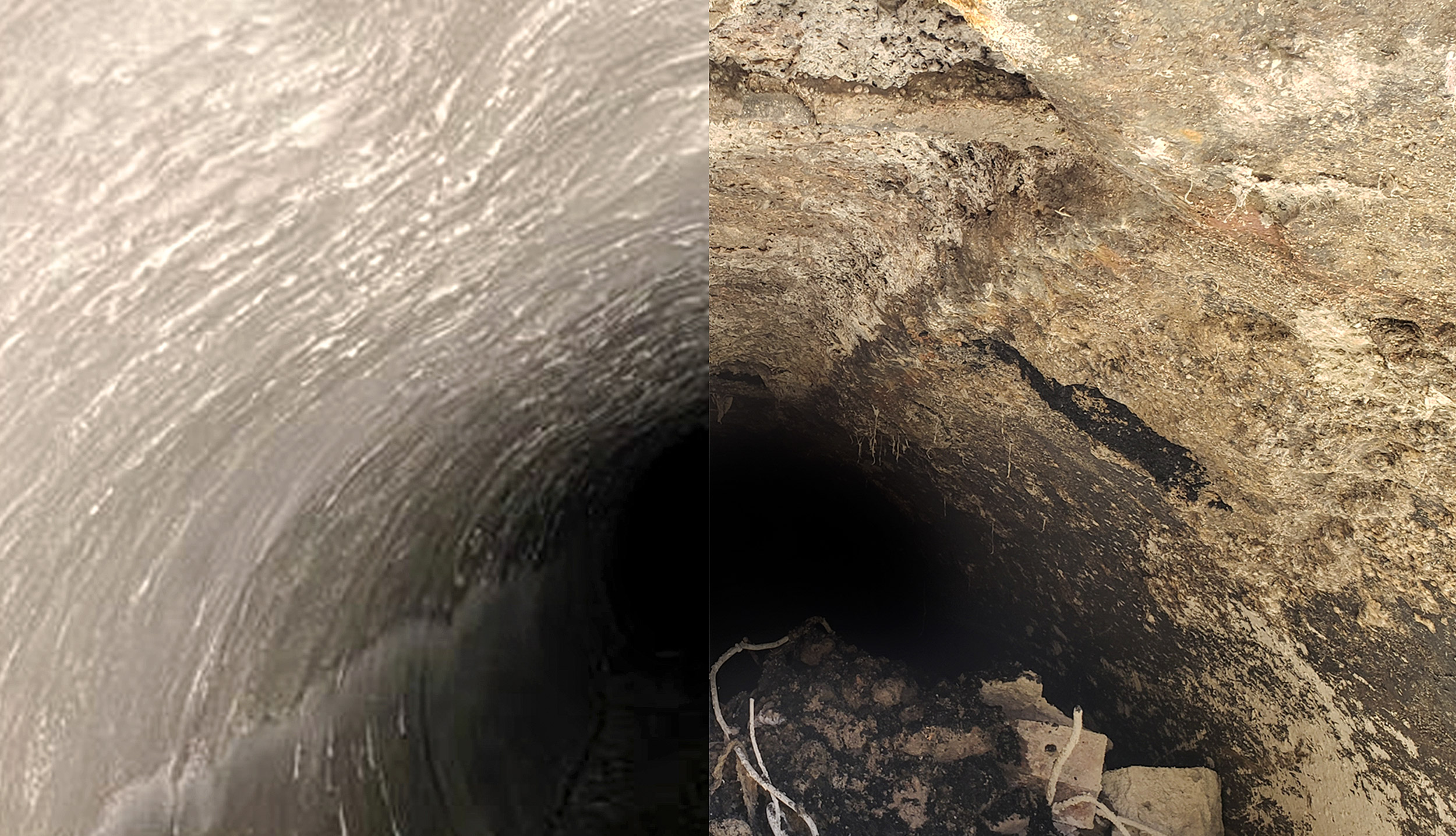 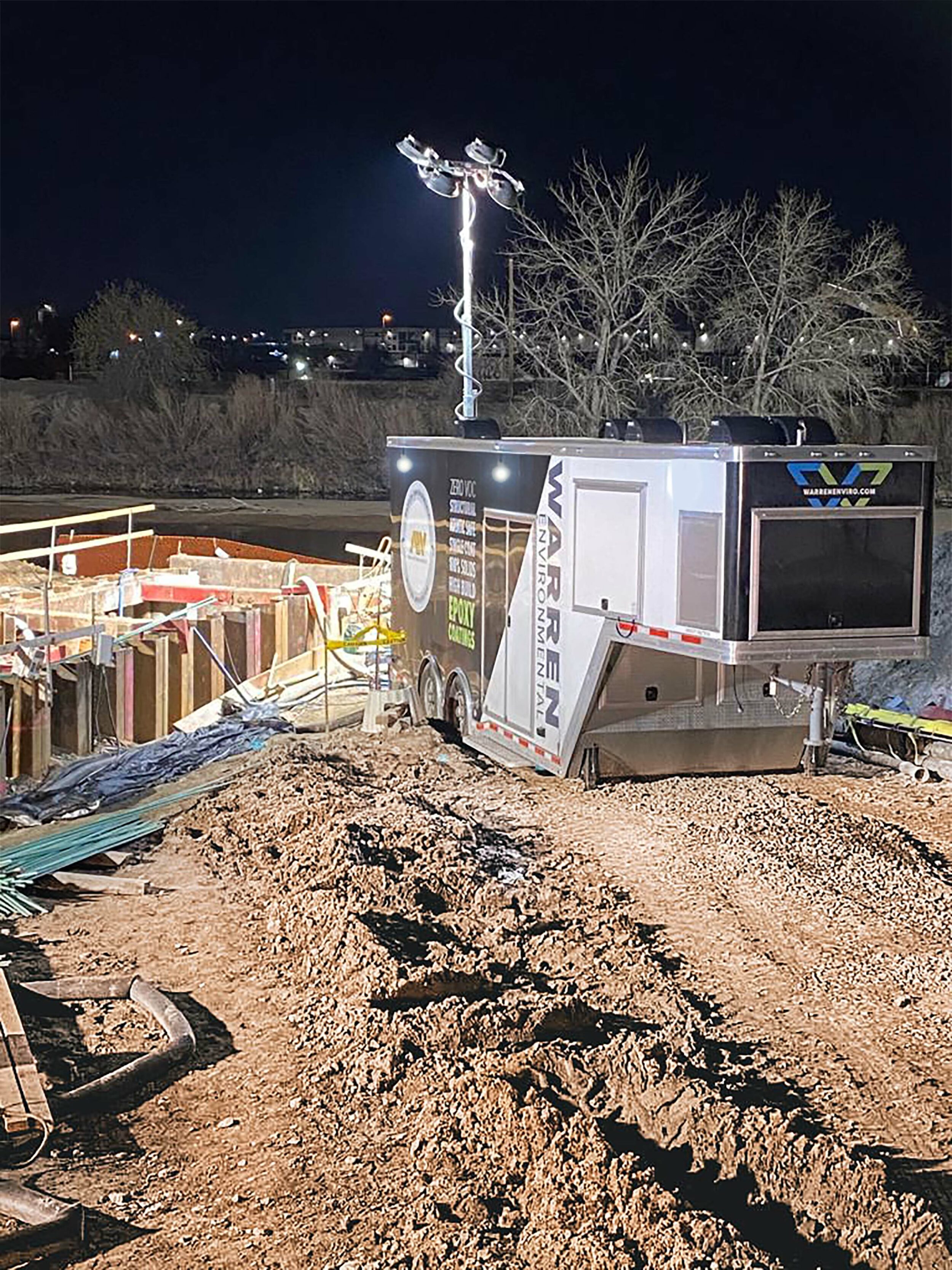 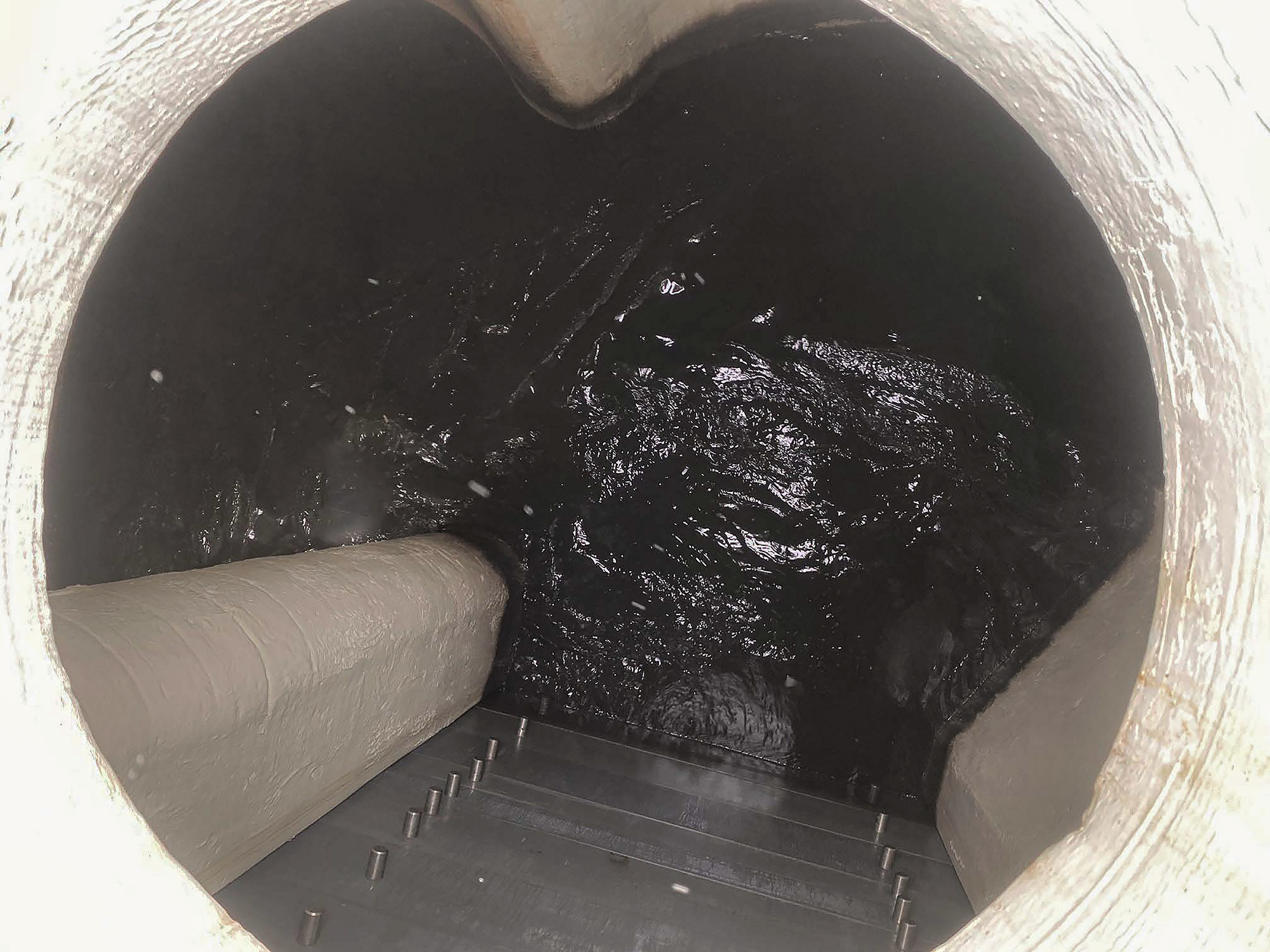