Since DeKalb County’s inception in 1822, they have seen substantial population growth. As County officials kept up with new construction, they also prioritized maintenance of the existing sewerage infrastructure. The system consists of nearly 700,000 manholes made of either brick or concrete. Portions of the system were experiencing substantial inflow and infiltration (I&I) problems as a result of leaks and root intrusions. The concrete pipes and manholes were suffering from severe corrosion damage.

Based on tests done in the early 1990s, the Water and Sewer Division selected Warren Environmental’s epoxy coating to rehabilitate failing portions of the sewer system. Out of six methods tested, the Warren system was one of two that met performance criteria established by the County. In addition, when Warren’s sample manhole was tested seven years later, it was found to be in excellent condition with no loss of integrity and no leaks.

Throughout the program, Warren’s epoxy products were used in the County’s most aggressive environments – high levels of hydrogen sulfide and low pH were typical where the epoxy was to be installed. Over a ten-year span, Warren’s epoxy system rehabilitated more than 900 manholes, preventing billions of gallons of groundwater from entering the County’s sewer system.

A handful of the first manholes coated were inspected 18 years later, in September of 2019. The results were tremendous. Warren’s epoxy coating was found to be in excellent condition. The pull tests provided results of 910 psi with the test glue (between the dollie and the epoxy) failing instead of the coating. This implies that the epoxy and the substrate were bonded higher than the force that caused the glue failure.

“The Warren epoxy coating has held up well considering what has happened in these manholes since the coating was applied approximately 18 years ago,” said NACE Inspector, Jerry Clemmer, PE with Mystic Consulting and Inspection Services.

A&W Maintenance has worked in DeKalb County for the past 15 years, installing Warren epoxy liners in manholes and pump stations. DeKalb County is very pleased with the quality of the Warren system, and the expert installations over the years. The Warren epoxy lining system has prevented billions of gallons of groundwater from entering our sewer system, saving the County a great amount of money over the years. The vacuum-tight system also prevents sewer water from leaking into the groundwater. We consider the Warren lining system an asset to DeKalb County's efforts to prevent the loss and pollution of precious groundwater. 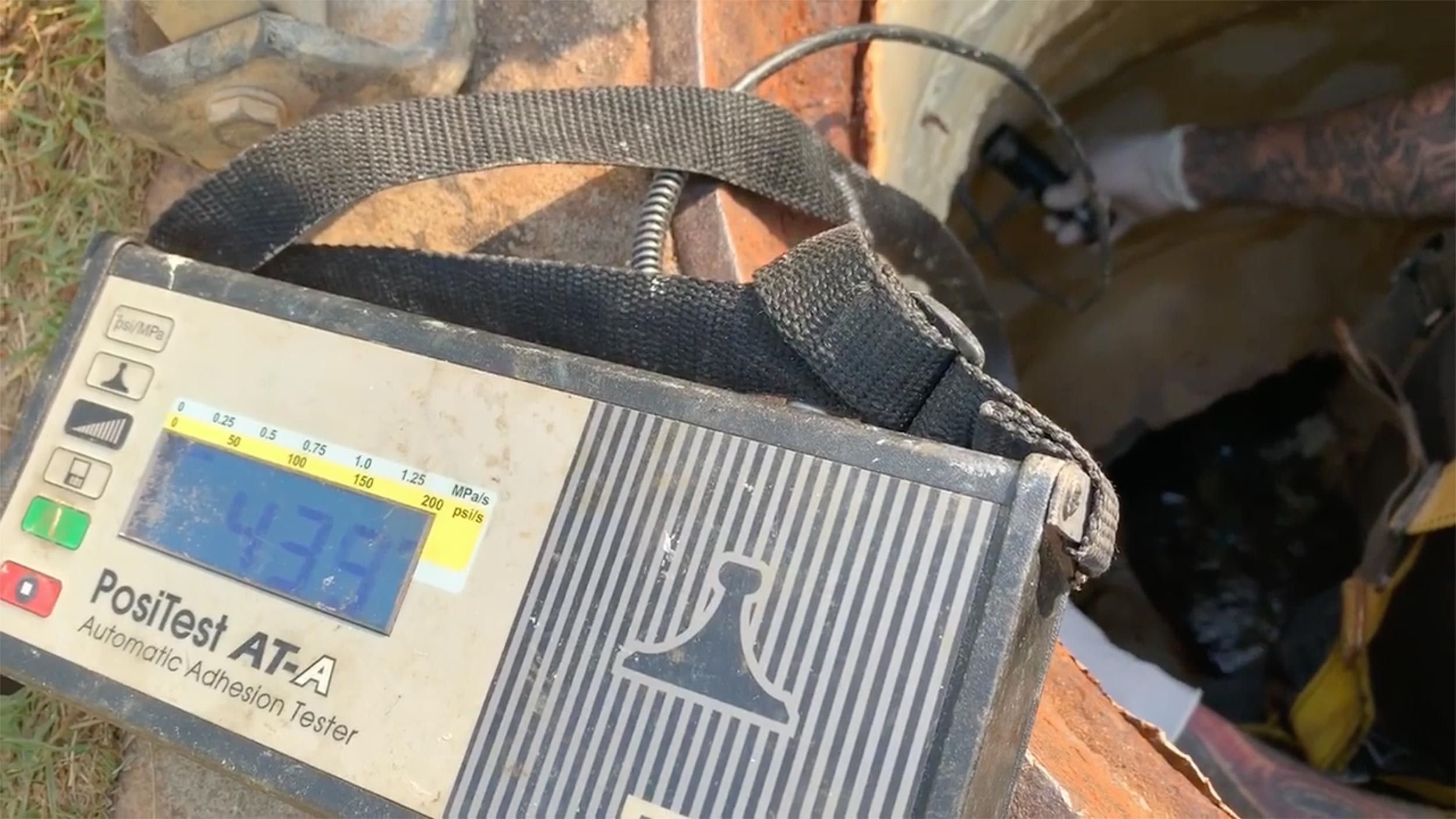